In the context of growing mobility, “third places” are becoming increasingly important. People are spending more and more time in transit zones – and out of doors in their neighbourhoods. This results in new conflicts of use.

Suddenly there are chairs on the square, marked with the city logo. Unlike the permanently installed benches, they can be moved around freely and aren’t even secured. They are an almost offensive invitation to linger in a public space.

The chairs provided by the city that can be found in Bern or Zurich are perhaps the most visible symbol of how people are increasingly appropriating public spaces. In general, it’s the spaces in between – the “third places” – which are neither apartments nor workplaces, that are gaining importance. This is partly due to increasing mobility, but also because cities are growing. More and more people are crowding into confined spaces – and also using public spaces.

The German Zukunftsinstitut, an institution dealing with future issues, defines “third places” as “spaces of encounter”. “These can be public spaces within an urban area, but also semi-public places such as railway stations, educational institutions, sports or cultural venues.” The Third Place concept was originally postulated by the American sociologist Ray Oldenburg, who used it to describe places outside the classic areas of home and work. These include churches, cafés, libraries and parks. In his 1989 book entitled “The Great Good Place”, the sociologist argues that these third places are important for civil society and democracy. They provide a counterbalance to the spheres of the private and the professional. In these (semi-)public spaces, people exchange ideas on neutral ground and hold discussions. A sense of community and a “public sphere” emerges. Even the ancient Greeks regarded the agora, the market square, as the “birthplace” of democracy.

Today, however, third places are gaining in importance, because people are increasingly on the move. This is because of, among other things, digitisation, which makes it possible to work from any location. In the cities, some cafés, even parks, are full of people working on their laptops. And it’s not only professional work being shifted into the public space but also some activities that were formerly considered private – such as when people make loud private telephone calls on the train or picnic in an urban square as if it were a country meadow.

As a result of the megatrends of individualisation and mobility, the Zukunftsinstitut believes that “transit locations” – railway stations and airports – “will play a particularly important role in everyday life”. These will “become a central point in everyday life for the cities. They are developing into marketplaces, meeting places and places of experience.” There are now hardly any larger railway stations in Switzerland that do not have a shopping centre and a selection of restaurants. But other service providers are also elbowing their way into transit zones, such as doctor’s surgeries and spa operators. Zurich Airport is currently developing The Circle, Switzerland’s largest mixed-use building construction project, which includes everything from classic offices and co-working stations to a health centre, restaurants, retail, art, culture and entertainment to a fitness centre and a children’s day-care centre. Major airports outside Switzerland offer lounges where you can work or relax, as well as places of retreat for stressed travellers such as small, rentable sleeping boxes.

Quality of life is back

Public squares, parks and pedestrian zones are classic third places in cities. Activities in such areas have virtually exploded in recent years and decades. The NZZ newspaper has talked about a “reconquest”. “People, and with them, life, are crowding back into the cities.” After a decline in population from the 1960s onwards, cities have experienced a renaissance since the turn of the millennium. Especially families, who for decades had been moving away due to noise emissions, polluted air or lack of safety, are now returning and enjoying the high quality of life in the neighbourhoods. Phenomena such as urban or guerrilla gardening, pop-up stores, cafés and bars are evidence of urban revival. People garden on their balconies, in courtyards – or simply where they feel like it. Wherever buildings fall vacant, venues are created – only to disappear again soon after “popping up”.

“Quality of life is an important factor for cities wanting to stay ahead of the global competition for creative talent.”

According to the Zukunftsinstitut, quality of life is an important factor for cities wanting to stay ahead of the global competition for creative talent. “In addition to attractive city neighbourhoods and working conditions, this requires extensive leisure, recreational and educational opportunities, which transform the urban jungle into a residential landscape.”

Marta Kwiatkowski Schenk, who conducts research on topics such as mobility and society at the GDI Gottlieb Duttweiler Institute in Rüschlikon, notes that “there is a movement to upgrade the city”. Today’s guiding principle is “The city must be there for the people and not the other way round.” For some years now, a kind of piazza atmosphere has been created in some neighbourhoods as a result of the Mediterraneanisation of cities: “The ‘outdoors’ is used as an extended living room.”

“Today, when planning neighbourhoods and settlements, more thought is given to the outside world and the entire environment.”

This phenomenon often goes hand in hand with traffic-calming measures. “I sometimes have the impression that the same amount of money as was invested in the infrastructure for automobility in earlier decades is now spent on reducing parking spaces and relieving neighbourhoods of traffic,” says Kwiatkowski Schenk. Architects and urban planners have also repositioned themselves: “Today, outdoor spaces – indeed entire districts – are given much more consideration in the planning of neighbourhoods and housing estates.” Alfred Müller AG also attaches high priority to the design of the environment around housing estates.

Numerous events create conflicts of use

According to Tom Steiner, Managing Director of the Zentrum Öffentlicher Raum (ZORA; Centre for Public Space) of the Swiss Union of Cities, “Generally speaking, public spaces are increasingly becoming a location factor – even for people looking for accommodation.” A city that has an exciting environment to offer is much more attractive than a city without one, and city councils have recognised this. “Quality of life in public spaces is of great importance for cities. In the past, people primarily wanted law and order. Today, cities want something to be happening in their neighbourhoods.” As GDI researcher Marta Kwiatkowski Schenk points out, differing interests can cause conflict in such situations: “Dog owners, mothers with prams and businesspeople, for example, can all encounter one another in any one location. They all have different expectations.”

“In the past, people primarily wanted law and order. Today, cities want something to be happening in their neighbourhoods.”

According to Tom Steiner, one source of conflict is the fact that more and more events are pushing their way into public spaces. Cities even encourage this, because events enliven neighbourhoods and are welcomed by the population. “The question here is, where’s the line? When is public space overused?” As an example, Tom Steiner cites the barracks in Basel, which are now occupied by so many events that the local people are dissatisfied because they can’t make sufficient use of their local square.

In Zurich, there were heated discussions concerning the city’s Sechseläutenplatz. For some, the prestigious square, which enjoys the finest lakeside location, was too frequently occupied with events. In the referendum, however, the people of Zurich spoke out against reducing the number of events. According to urban expert Steiner, Sechseläutenplatz is an example of a successfully implemented concept. “This square has really been accepted by the populace and is used for a variety of purposes.” 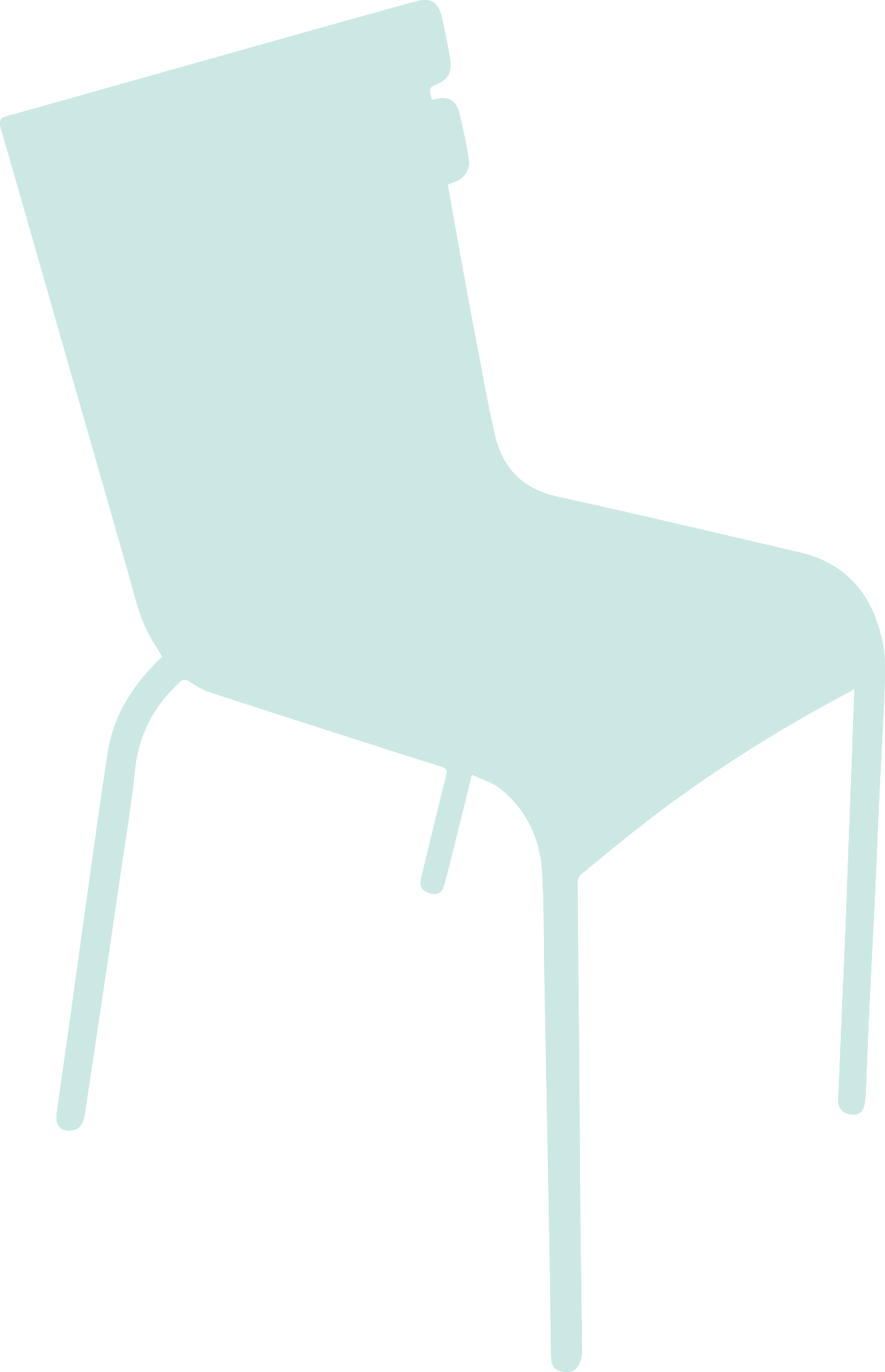 200
chairs are on Sechseläutenplatz when there is no event taking place.
520
Depending on the model, such a chair costs between 520 and 630 francs.

In order to allow visitors to Sechseläutenplatz as much freedom as possible when choosing where to sit, the chairs are not firmly anchored to the floor, but can be moved freely.

Most conflicts in public space arise between residential and public areas. Residents feel that their peace is disturbed – specifically, it’s often about noise, littering or even indiscriminate urination. And not infrequently, the focus is on young people, which is why the demand is sometimes made to ban young people from certain places. There is no magic formula for resolving conflicts: “You always have to renegotiate what’s possible. It’s important to involve people,” says Tom Steiner.

Participation is thus also a central concept in the design of the new urban reality. In view of diverging interests, residents should be able to contribute their wishes and suggestions in order to define regulations.

The city of Zug, for example, did this in an exemplary manner. With its “freiraum-zug” project, the town initiated a participation procedure in 2012 to find out how its public spaces should be used.

Inner cities are being relieved of car traffic

One wish of the people of Zug was to have less traffic in the city centre. However, the project planned for this purpose – a city bypass in the form of a tunnel – failed. “We’re now looking at other types of traffic-calming measures,” says Regula Kaiser, Head of Urban Development in Zug. The trend throughout Switzerland is clear: inner cities are to be relieved of automobile traffic, not least in order to improve the quality of life. For example, with the western bypass, including the Üetliberg tunnel, Zurich freed itself from some of the transit traffic through the city some ten years ago. The former west bypass is now a 30-km/h zone, lined with city squares, bars and shops. In many cities, parking spaces are constantly being reduced. “When larger housing estates are built in Zug, only a limited number of parking spaces are allowed,” says Regula Kaiser, who is also involved in ZORA.

At the same time, however, commuter traffic in urban agglomerations is by no means decreasing. Rather than expanding individual transport, which is reaching its limits, cities are relying more on public transport. Bus and suburban railway networks are being consolidated and tram lines extended into the conurbations: there are many examples of this – in Geneva and Basel as well as Zurich. Ultimately, however, public transport will also soon reach its limits. Kaiser sums up the spatial planners’ guiding principle as follows: “Existing infrastructure must therefore be used better and more intelligently.” This also includes promoting further inward consolidation. As the Federal Office for Spatial Development has written, the Swiss Confederation supports programmes that better coordinate transport and housing, thus promoting internal development.

The growing importance of partnerships